Amarillo Slim and the fame that followed him in poker

Thomas Austin Preston Jr was born on December 31 of 1928. He lived until April 29 of 2012. Preston was fondly known as Amarillo Slim. He was known for his poker skills. 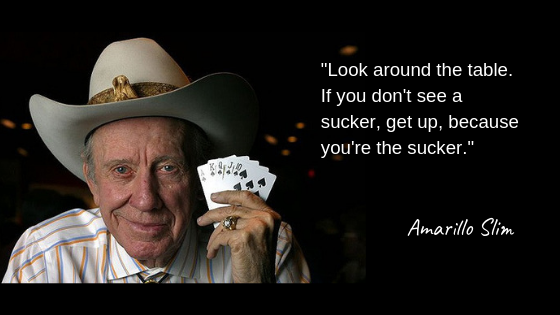 Preston was a rounder, touring the United States looking for gambling action along with Doyle Brunson and Sailor Roberts and later became a well-known tournament player.
After his WSOP victory, he appeared on The Tonight Show which is a well-known talk show and. He played a very brief part in the Robert Altman movie California Split 1974. He also appeared on ‘I’ve Got a Secret’, where he talked about the secret involved in him losing $190,000 in one night of poker.
Preston has won four World Series of Poker (WSOP) bracelets including two in Omaha. Preston’s ultimate WSOP victory was in 1990. He came in second to Phil Ivey, in the $2,500 Pot Limit Omaha (PLO) event at the 2000 WSOP.
Amarillo Slim hosted the Second Annual Poker Classic in 1980. It was the second-most prestigious poker tournament in its time.
Preston’s lifetime tournament earnings totalled above $587,000.

Author Preston and Bill G. Cox wrote ‘Play Poker to Win’ in 1973, which was published by Grosset and Dunlap. A revised edition of the literature was published in 2005 by HarperCollins entitled ‘Amarillo Slim’s Play Poker to Win.’
Preston published his autobiography Amarillo Slim in a World Full of Fat People In May 2003, He also released an E-Book called ‘All In: An E-guide To No Limit Texas Hold’em’ in April 2007 for which Preston created a website and The book was co-written by Preston Joe Brent Riley by his side.