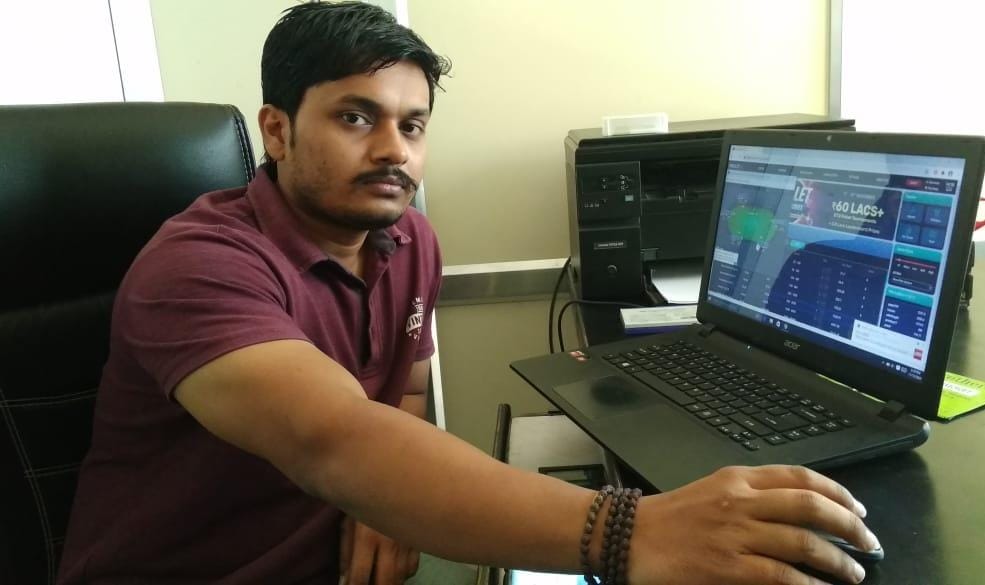 The world of poker is full of extraordinary stories, one of them is that of 27-year old Himanshu Sahu from Kanpur, who shipped the Bluff Knight 50K GTD Freeroll at the Big Bluffing Hours. Himanshu’s tryst with Poker began when he watched the movie ‘Lucky You’, and he got so intrigued with the game that he developed an immense passion for mastering it.

Many great men have said that if you really want to learn something then nothing can stop you, and there was no stopping Himanshu either as he turned to YouTube to learn the inner workings of the game and began religiously studying the finer details.

Soon enough, he started using his ever-evolving bluffing skills to try his hands at freerolls and before he knew it, he was on his way to becoming a full-fledged professional poker player playing mid-stakes poker tourneys.

As funny as it may sound, as a kid, Himanshu was one of those children who would fake a stomach ache to skip school, and once he was all grown up, he used the same bluffing skills to pacify his parents who were not so fond of poker by hiding inside his blanket and playing the game in the guise of sleeping. Even now, he actually sleeps for 3-4 hours before playing a game as it helps clear his mind and think better.

Himanshu’s already won a whopping 30-35 lacs in prize money in the last 3 years with his skills, but he tells us that his greatest feat is yet to come as he wants to represent India in the World Series of Poker, and we wish him all the luck in the world.

On a personal front, Himanshu wants to play poker with Aamir Khan, travel the world, and make enough money so that he can fulfill his parent’s dreams and keep them happy. We congratulate Himanshu Sahu on shipping last night’s freeroll and wish him all the luck for the next round.

Himanshu Sahu is an icon in his own right, not only did he learn and master the game on his own, he sets an example for other poker players that where there’s a will, there’s a way and the only thing you need is love for the game!