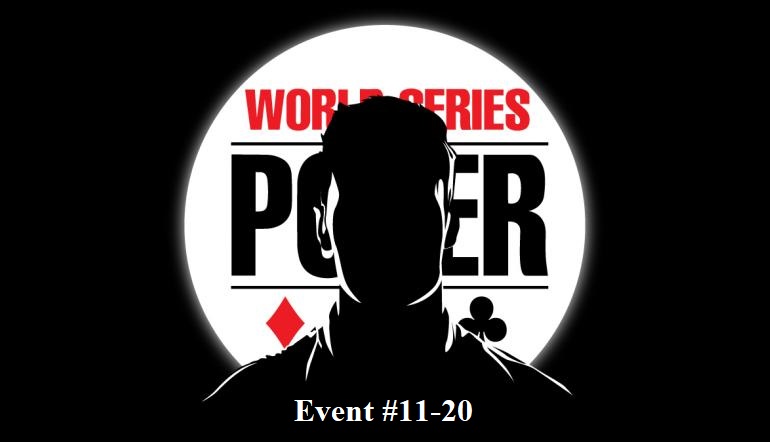 The 50th annual tournament of the biggest poker event in the world, the 2019 World Series of Poker or WSOP, is celebrating its Golden Jubilee at the Rio All-Suite Hotel & Casino in Las Vegas, Nevada. The event began 28th May and will continue till 16th July 2019. The World Series of Poker is every poker player’s ultimate dream and this year at the 2019 WSOP there will be 90 bracelet events for players to earn the coveted title.

Halfway through the event, over 60 bracelets have already been won by players. Here are the winners of from events #11 to #20- 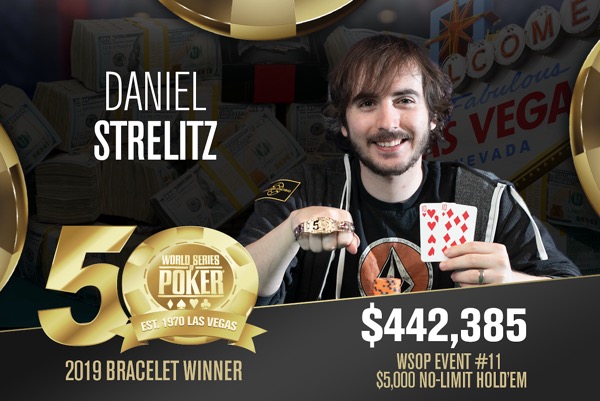 I’m feeling pretty good, I finally got it off my back. I came close a few times so it was kinda disappointing but it wasn’t like I was desperate for one. It wasn’t a void in my life or anything. It’s just a massive relief, I’m super happy. All my friends have bracelets and they have been needling me about the bracelet winners event this year. And now they’re saying that they have a ride to the event cause I’m the car. So, they don’t get to needle me anymore.

Daniel Strelitz won his first WSOP bracelet. He previously finished 2nd in an event in 2016 and had a 3rd in 2014. Strelitz beat poker pros like Maria Ho and Shannon Shorr at the final table 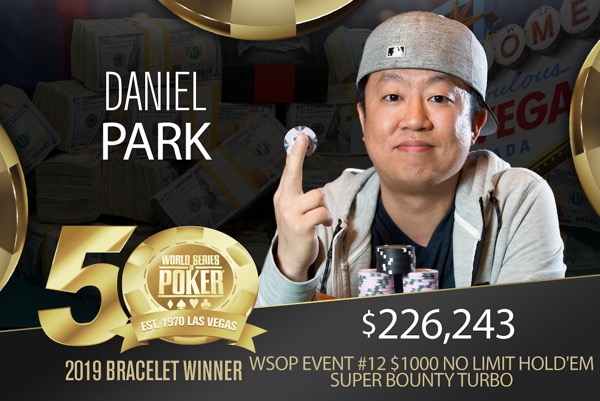 I can’t believe it right now. It’s so unreal. I wasn’t thinking about playing the Main Event but this is going to force me to play it. I’ve always wanted to play the Main Event. I always used to watch it on TV … I never thought I would actually be able to play it.

Daniel Park, a South Korean-American, beat former WSOP bracelet winner Cajelais to win his first WSOP bracelet while Jennifer Dennis from Oklahoma. At one point Park was down to just a single 100K chip after posting his blind but came out strong to win the event. 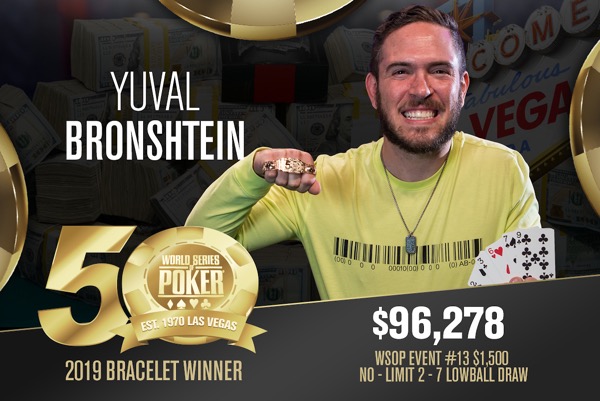 It feels amazing. It’s exactly what I thought it would be like. I’m not surprised I’ve always felt I could win one of these tournaments. Glad to finally wrap one up, I’m definitely really happy about it. This has been a really big goal of mine since I started playing poker. It’s been my number one goal.

Yuval Bronshtein, with 53 WSOP cashes and 10 WSOP final tables, finally ended up with a WSOP bracelet in his hand after years of grind, knocking out Ajay Chabra heads-up. 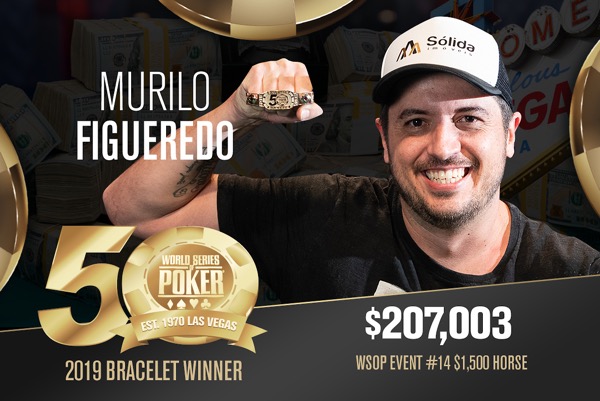 It’s amazing. They’re the best players from Brazil. I’ve known them for a long time. We’ve been playing poker together for more than 13 years. Winning here with them watching, I don’t even have words to describe it.

Murilo Thiago Souza Figueredo, a professional poker player from Brazil, won his first WSOP bracelet and first career WSOP cash. Figueredo and Stockfish played an astonishing 6 hours total heads-up – 2 late at night and 4 after a restart the next day 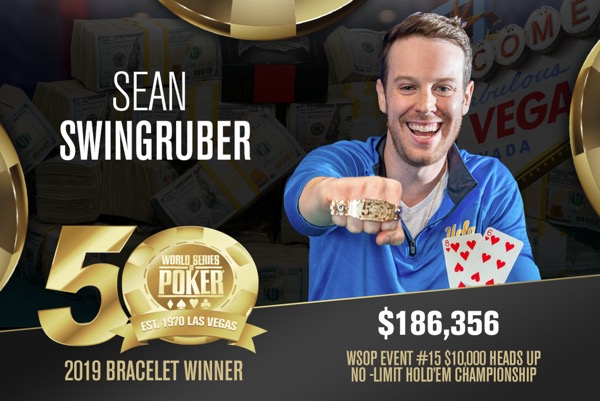 To win this event, first try, first bracelet, it’s incredible. I honestly thought my biggest edge coming into this tournament was that people really didn’t know me. I’m not really known in the poker world. I think a lot of opponents looked me up and thought, this is gonna be an easier match. 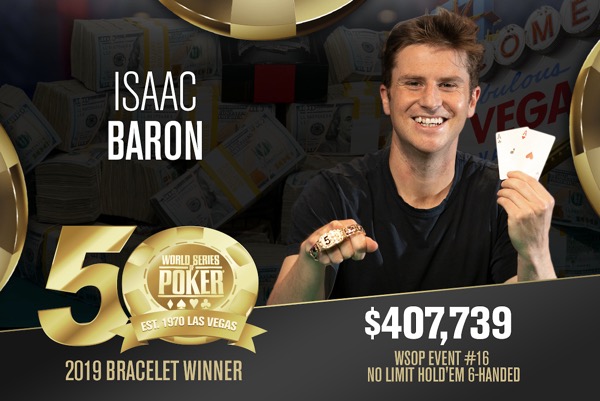 I’m feeling pretty good. It’s been a long time coming getting this first bracelet. I’ve wanted it for a while and am just glad it was pretty easy today. I’m not sure what it means for my career, but it feels good. I’ve wanted a bracelet for a long time. I started out watching the World Series. I’ve played these tournaments for 12 years and have never gotten one, so it feels good … I don’t really know how to put it into words. It feels like a long time coming.

Notes: This is the first WSOP bracelet for

Isaac Baron, a poker pro from Los Angeles known online as “westmenloAA”, took home his first bracelet. Baron previously won Card Player’s Online Player of the Year award in 2007 and also finished 3rd at the 2014 PCA and runner-up at WPT Bay 101 in 2015 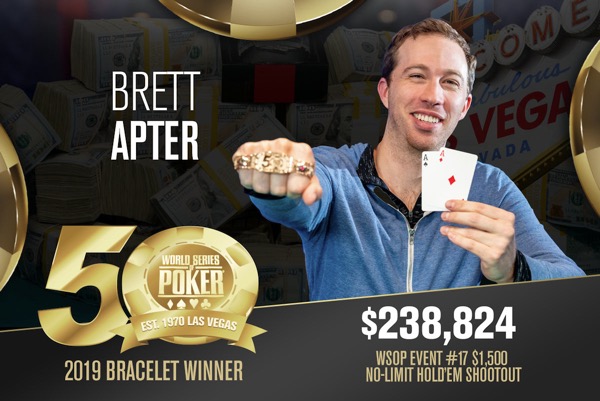 I feel like I’m in a dream. I wanted this ever since I first started playing poker. Ever since I won yesterday, and knew I was going to the final table, it hasn’t felt real. I’ve just been trying to live up every moment at the final table. I was just soaking up every moment with all my friends here, playing heads up for a bracelet, and I just knew that I wanted to play my absolute best every second since it was going to be something I would never forget. I wanted no regrets.

Brett Apter won his first WSOP bracelet, defeating 8-time WSOP bracelet winner Erik Seidel on his way to the title. The 31-year-old from Tennessee played heads-up against Zyrin for over 2 hours where Zyrin held a 4-1 chip lead. 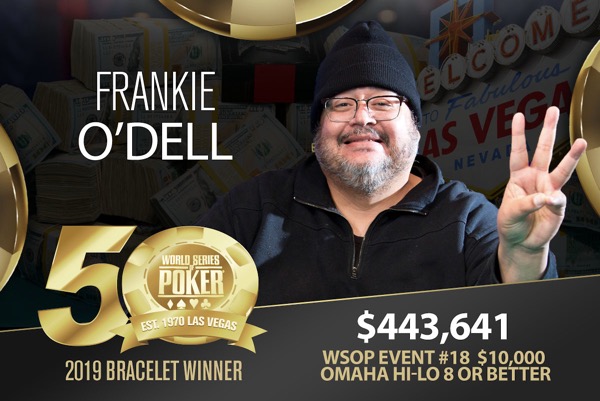 It was a war because you have warriors in there. You have one of the Mizrachi f****ing great player brothers, then you got one of the guys who knows almost everything on Stud and Omaha Hi-Lo. Then you have me, old school poker … there’s only one person who has three limit Omaha eight bracelets and you’re talking to him. So until someone passes me or catches me, I’m not going to say nothing. I’m just going to leave it right there. 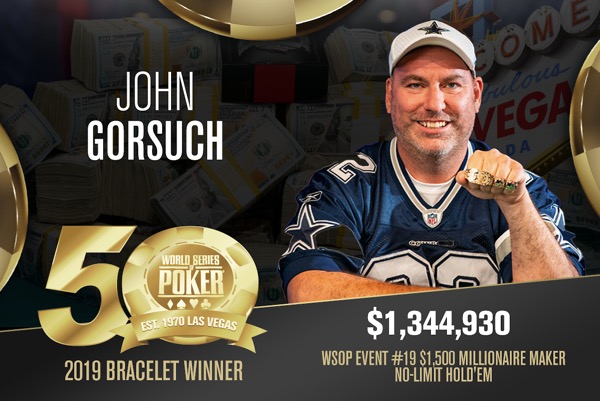 I’m a poker player for right now. Poker is awesome. I can play poker all day, all night long. This kind of helps figure out whether or not I want to keep doing it. I don’t play cash stakes at all. You’ve got to run good in tournaments otherwise your cash flow dries up quick if you don’t supplement it with cash [games].

John Gorsuch, from Florida, won his the first WSOP bracelet after being down to less than two big blinds seven handed before launching his epic comeback. The 42-year-old went all-in blind when he was short. He shoved UTG and won with two pair. The next hand he was in the big blind with pocket nines, got in a three-way all-in pot and flopped a set. 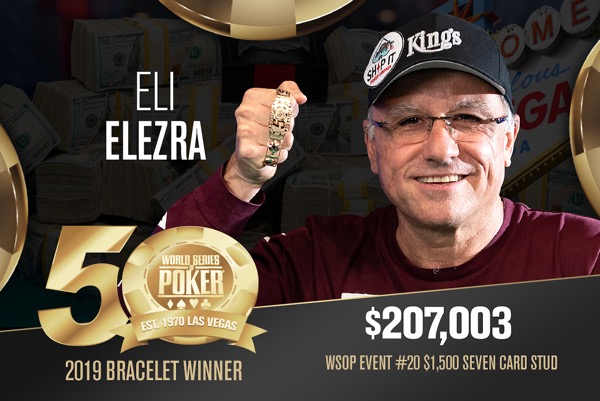 When we went to Cabo, I told my buddies, I’m gonna win a bracelet this year and I’m gonna win it in stud. I saw more [stud] hands than everyone who played with me. And as I say, stud loves me back.

Read More:
Learn How To Play Poker
Interview with Poker Players
The Reason Why Pocket52’s RNG+ Platform is a Cut Above the Rest
The Many Differences Between Texas Holdem and Pot Limit Omaha Poker