Chris Moneymaker: What is the “Moneymaker Effect”?

Chris Moneymaker: Keeping up with his name, Aye!

Christopher Bryan Moneymaker also called Chris Moneymaker was born on November 21 in 1975 in the city of Atlanta, Georgia. He won the Main Event at the 2003 World Series of Poker (WSOP). His 2003 bag is said to have turned poker around.
He happens to be the first person to become the world champion by qualifying at an online poker site. The press called it the “Moneymaker Effect.” 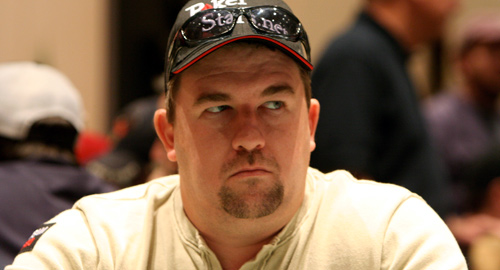 Moneymaker worked as an accountant while he won his seat in the Main Event of the 2003 World Series of Poker. In a $86 satellite tournament on an online poker game card room.

Moneymaker won the first prize worth $2.5 million. He immediately bagged the superstar status.

Moneymaker’s autobiography was published in March 2005. It is called ‘Moneymaker: How an Amateur Poker Player Turned $40 into $2.5 Million at the World Series of Poker’.

The story has much to take from. Clearly, it’s his belief that stood out.