Johnny Chan: The Orient Express: The Poker Player Who Inspired The Entire Asia 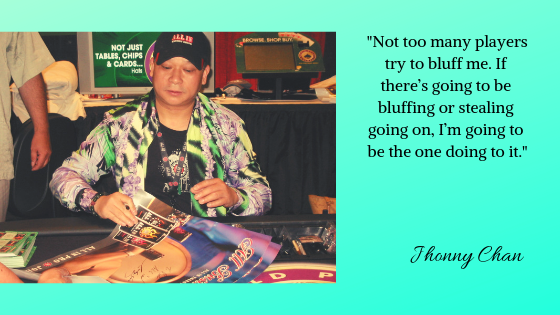 Johnny Chan a.k.a The Orient Express

Chan is married with six children.

Chan consequently won the World Series of Poker twice in (1987 and 1988). He became the first foreign national to win at the main event of WSOP.

He was the first player to win ten WSOP bracelets, in 2005, in a Texas hold ’em event. in 2002, and was inducted into the Poker Hall of Fame.

Chan cashed in the Main Event taking In 2010 for $57,102. He is the last player to win back to back in the World Series Of Poker. A Clip of the 1988 WSOP final match is featured in Rounders the movie, in which Chan has made a cameo appearance.