John Juanda : He Just Keeps Missing Out On The Final Tables

The Poker Journey Of John Juanda

John Juanda was born on July 8 of 1971. He is an Indonesian-born American pro poker player. He got his MBA from the University of Seattle. Juanda was a high school athlete.
But for now, let’s get wondering what Juanda just saw with those wide open eyes! Kidding! He probably just won something. 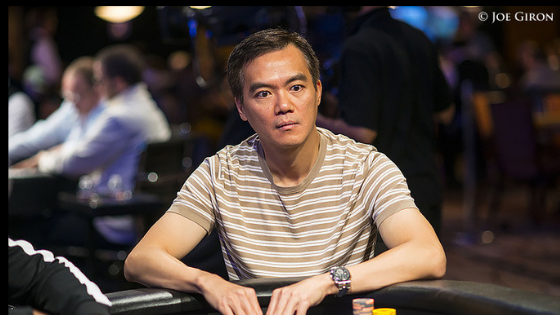 Juanda won five World Series of Poker bracelets. He was the Player of the year consecutively twice in 2001 and 2002. He Won four WSOP by Card Player Magazine’s tournament title. Later he shipped the title of World Poker Open Champion. He won the inaugural Professional Poker Tour event at the Foxwoods Casino in November 2004.
In November 2005, he won the Monte Carlo Millions Consolation tournament in Monte Carlo, Monaco. He finished sixth in the main event of Monte Carlo Millions. Further, he finished in the second position at the FullTiltPoker.net live. In January 2006, Juanda defeated Jeff Lisandro, Mike Sexton, Barry Greenstein, and a few more legends to win the first prize in the Crown Australian Poker Championship.
Later Juanda made it to six of the World Poker Tour final tables, however, he could never capture a WPT title. John finished 2nd in Bellagio, late stood 3rd at the WPT Invitational. He finished 7th at the Cruise Season 2 and 8th in the Legends Season 5. He further missed two more opportunities at another final table.