Poker is often considered a man-dominated game. But, things are now changing with many women bringing their skills to the table, and in many cases surpassing their male counterparts. Here are the top female poker players in the world- 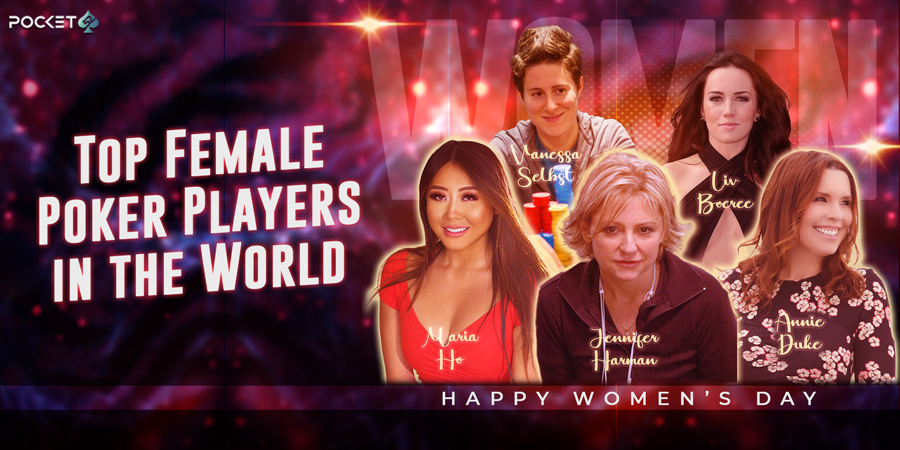 The Top Female Poker Players in The World

Poker is amongst the most engaging card games ever. It requires skills, patience and of course, a truckload of alertness. Poker is often considered a man-dominated game. But gone are the days. Things are now changing with many women bringing their skills to the table, and in many cases surpassing their male counterparts.

Over the years, Poker’s fandom has increased many folds, and of course, it is also slowly breaking the geographical boundaries of the world due to the online platforms. In every poker room and in every major poker event you can see the changing tide. More women have taken up the game since the poker boom of the 2000’s during which poker became more accessible, both online and offline.

DID YOU KNOW?
Barbara Enright was the first woman inducted into the Poker Hall of Fame, in 2007, right alongside Poker legend Phil Hellmuth. Impressively, Enright is the only woman to have made the final table at a World Series of Poker (WSOP) Main Event, ultimately finishing in fifth place. Enright was also the first woman to win three WSOP bracelets, and only Linda Johnson (2011) and Jennifer Harman (2015) have managed to win that many since.

While we have yet to see a woman win the World Series of Poker Main Event, many commentators feel this is only a matter of time. So this Women’s Day, let us take a quick look at the ladies who are making strong marks in the world of Poker.

Liv Boeree got her start when she appeared on Ultimatepoker.com Showdown in 2005. One of the youngest persons on the list, Liv Boaree or the “Iron Maiden,” has had a really impressive poker career after learning to play on a T.V. reality show from Phil Hellmuth. Her most significant achievement was winning almost $1.7 Million in the EPT Sanremo 2010. Liv also has a WSOP bracelet.

Boeree is the only female poker player with a WSOP bracelet and an EPT championship. She has also won the European Poker Awards’ Female Player of the Year in 2014, 2015, and 2016, based on her Global Poker Index points during those years.

Known as the ‘Duchess of Poker’, Annie Duke is an author, business founder and high stakes poker crusher. While her tournament record is formidable, Duke is known for her cash game skills, playing at the very highest levels. Tournament wins include a WSOP bracelet, winning the 2004 WSOP Tournament of Champions and the 2010 National Heads-Up poker championship. For many years Duke was the leading female money winner at the World Series.

Jennifer Harman is one of the most well known and successful female poker stars in history. In addition to her two WSOP bracelets, Harman boasts a whopping 12 WSOP final table appearances and 32 money finishes, as well as two WPT final tables and 14 money finishes.

Harman was a regular on Poker After Dark and High Stakes Poker, and she is the only woman to regularly play at the Bellagio’s high stakes cash game known as the “Big Game.” Harman was inducted into the Poker Hall of Fame in 2015.

One of the top ranked female poker players in the world, and a Women in Poker Hall of Fame inductee, Maria Ho is not only a star at the poker table, but also as a commentator and host at some of the game’s most prominent events for PokerGO, ESPN, and others. Ho’s career properly kicked off with a win at the 2007 WSOP – as the last woman standing, she brought home a huge $237,865 for coming 38th.

Despite retiring in the year 2018, Vanessa Selbst is still considered the best woman poker player in the world. There’s no debate whatsoever about who takes the honour of the best female poker player other than Selbst. Over the past 12 years, the now retired professional has won main events on the Partouche Poker Tour – for a career-high $1.8m – and North American Poker Tour and has three World Series of Poker bracelets under her belt for the years 2008, 2012 and 2014. Selbst also has two World Poker Tour final tables to her name.

Selbst made the headlines for all the wrong reasons in 2018. She busted out of the Main Event at the World Series running a bluff that many pros considered crazy.